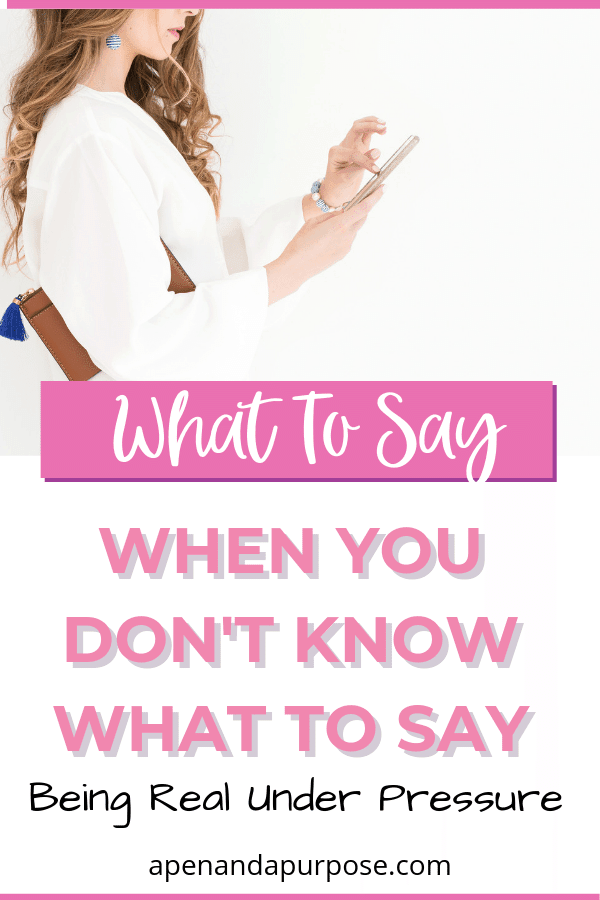 She asked, “Do you ever worry you might be wrong?”

And yet, it’s my job to make decisions, to answer questions…

It’s true, sometimes I want to answer with “how would I know that?” or “why are you asking me that?”  But yet, in my role people are only going to ask me the hard things…

Have you ever felt like in order to be an “expert” you have to know all of the things about a topic?  Have you ever put a lot of pressure on yourself to know everything before you take a risk?

Sheryl Sandberg described the results of a study that showed women tend to not apply for jobs unless they feel they are 100% qualified, whereas men will apply and expect that they will learn things as they go.

This leads to lots of missed opportunities for talented women.  We need to let go of perfectionism!

The thing is, you cannot know all the things about a topic.  Someone will come up with a question that you haven’t thought of or will run into a situation you’ve never experienced.

It feels like you’re making things up as you go along sometimes.

If you wait until you know all the things before you move forward, you never move forward.

In the situation described above, I was leading a meeting discussing how we were to document patient care.  This is a weekly meeting where topics and problems are brought up and we develop solutions on the fly so we can keep doing our work in real time.

As the leader of the meeting, I am the final decision maker in the moment.  Sometimes I have to make an educated guess because I don’t know. I gather as much information as I can from the people in the field and then I go with that.  Things might (and they have) backfire, but in the moment I have to give people some kind of direction.

If I let myself get stuck in indecision and having to know the right answer all the time, nothing would move forward.  I could tell myself I can look into the answers before answering but sometimes there just isn’t enough time to do that for every little thing, so I have to let go of a perfect solution and instead go with the one that seems the best right now.

It can be very difficult, especially when there are conflicting opinions.

But if you gather as much information as you can in the moment and then stick with your values and with your overall mission, you just do the best you can.

In situations where you have to make decisions without knowing all the answers, it’s important to be able to be real.  In other words, just be a person.

It can be super vulnerable to say you don’t know something when you feel like you should.

There are many times when it feels downright embarrassing to say you don’t know something but chances are that it is more due to your own expectations than of anyone else’s.

Would you rather have someone tell you they don’t know something or tell you some bull?

I think we expect too much of ourselves sometimes.  I personally find it helpful to be able to tell someone that I don’t know something and will work to find out rather than trying to pretend.

Pretending will bring on the imposter feelings faster than being honest every single time.  Be real and you will have lots of opportunity for growth.

Learn To Say I Don’t Know

When I first got into management, I was somewhat lucky because it was in a totally new environment to me and it was pretty normal for me not to know how things worked.  I learned to say I don’t know a lot. I learned to ask questions, to rely on other people’s expertise.

Sometimes people get into an authority role and they act like know it alls.  They are not approachable because they put themselves out there as “The Boss,” the person who knows everything.

I don’t know about you, but I want to be someone who is open to feedback…who someone can suggest something new to and I don’t have to get defensive.

I’d much rather have that then to have someone afraid to tell me I’m doing something wrong and allow me to keep looking like an idiot. 🙂

When I started in the position, I was working in a dangerous environment.  I had lots of experience doing my work in other environments but not this one. Because I was open to hearing from other experts, I had people who felt safe enough to tell me how to maintain my personal safety in the situation.

Other people have had the attitude of “I’m the doctor” so have not received the same super helpful information.  I don’t think it’s worth it. What’s the point in alienating those who can help you?

Be open to not knowing things.  Be open to learning.

In the moment your brain might have lots of negative thoughts:  “You should know this.” “What kind of leader are you?” “Are you stupid?”

You know, all those fun negative thoughts we go through.

Try saying I don’t know and then follow up.  This gains respect.

Another option: you might say you don’t know and tell them where they could find out and ask them to let you know what they find out. 🙂

Learn To Say You Were Wrong

Sometimes you’ll make decisions or give answers that are wrong.

Don’t try to pretend like you weren’t wrong.  Just admit you were wrong.  It’s ok to be wrong!

The other day there was a conflict between two employees.  I made a decision, kind of siding with one over the other. Time was of the essence so it was important to come to a quick decision in the moment.

I went with the safest, by the book type of answer I could.

I wasn’t super confident in my decision and consulted with some others after my decision.  The next day I sent a communication to all involved stating that I was wrong and changed my mind.

It is possible that people thought “hey, she’s wishy washy” but it is also possible that I modeled something that is an important skill, which is being able to own up to mistakes.  You need to be open to being wrong sometimes. You need to be open to listening to other perspectives and sometimes changing your own perspective based on others’ input.

My leadership style is based on relationship and it is important to me that I am authentic with the people I work with, so I just put it out there and said I was wrong, admitted I can be rigid at times under pressure and stated what I would change my answer to.

I feel good about that.

I don’t know about you, but I wouldn’t want that kind of pressure.

So tell me, how have you handled similar situations?  Have you been able to admit you didn’t know something or did you struggle?  Join the conversation below in the comments.